This town continues to reveal itself to me. Day to day it’s quiet to the point of sedation and then shazaam! something happens that knocks my socks off. Medieval is the theme du jour over here and this weekend the Semurois were in fine form.

For days I’d noticed people down by the river preparing for something and they all looked pretty normal to me, speaking that strange language that makes me want to pull my hair out, but normal. Well by 7:30 Saturday night our street was blocked off and there were big strapping gendarmerie lads all about so we wandered down the hill to see what was going on.

Holy merde the place was an absolute mardi-gras and people looked a little less than normal. The Lessive Des Gueux was in full swing, a festival when the Gueux (medieval peasants) re-enact hygiene rituals from the Dark Ages. Yeah, that’s what I thought too, this is gonna get smelly. With great fanfare the most disgusting souls in France descended an ancient staircase to greet their many fans.

All Hail Queen of Filth… 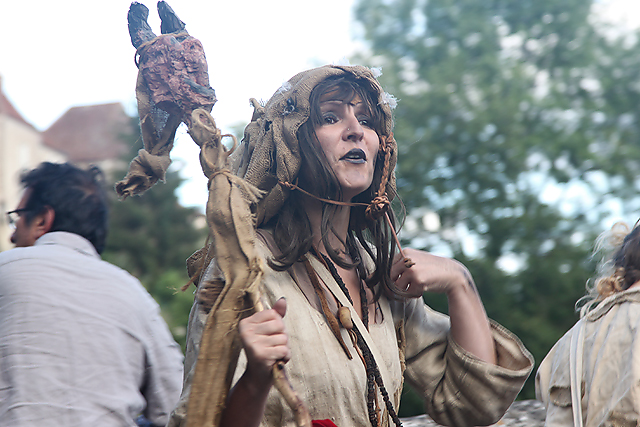 All Hail Princess of Pestilence…

Okay see what’s in her left hand? A fish head which she loves to stick in your face while cackling “A kiss for the fish?” Newfies, remind you of anything? This girl was tame by comparison to this ‘lady’… 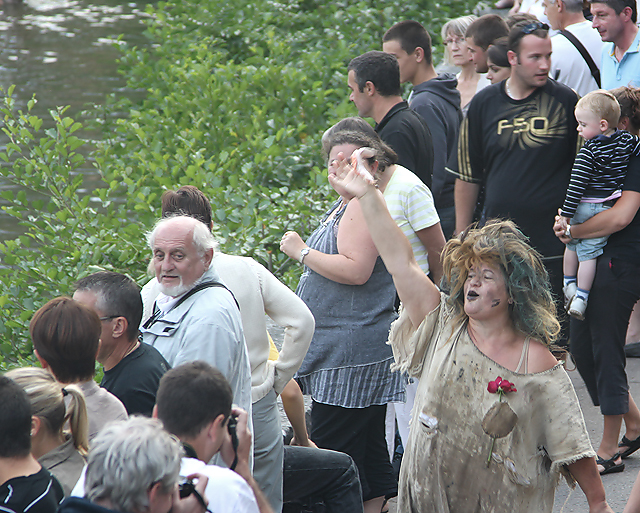 All Hail the The Medieval Mistress of Mayhem. Look at her raised hand, yes, that’s a piece of half rotted fish that she’s about to let fly as is the tradition. We had to duck into a friend’s house (where the fish was hurled through open windows!) to avoid a wet, slimy slap on the head. But you have to give the French their due, what are they heaving about? Salmon!! Thick filets of salmon fit for a fine sauce and a nice chilled Chablis. No sardines for this crowd.

So while the town is being fishbombed, the Gueux storm the river. 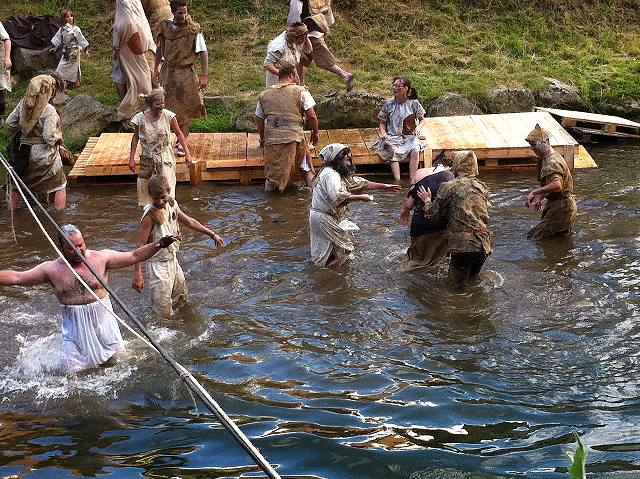 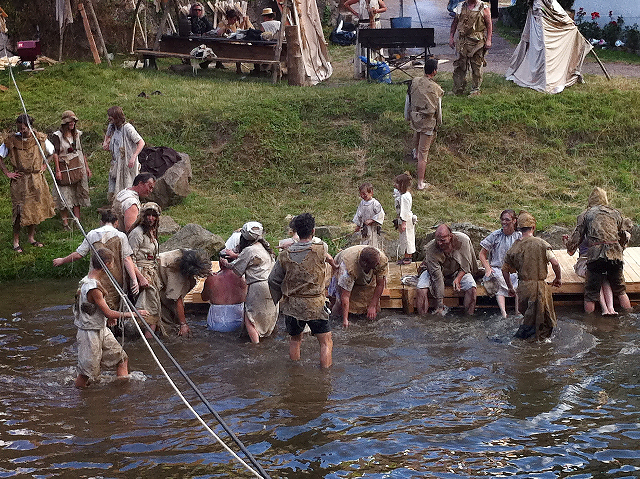 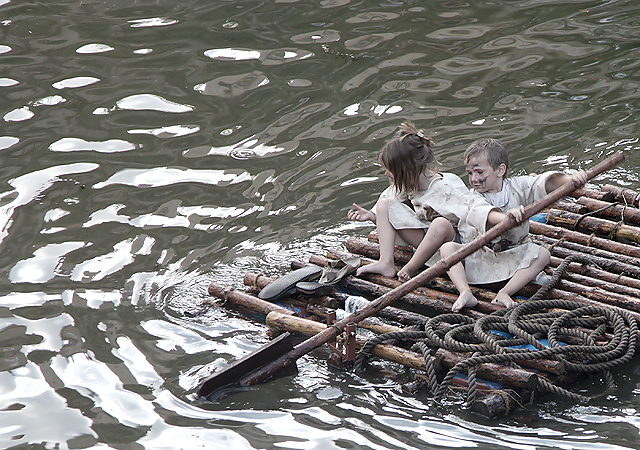 Antibiotics anyone? It’s hard to describe how much joy and energy was found in this day. Everyone was united in spirit and having the time of their lives including us. 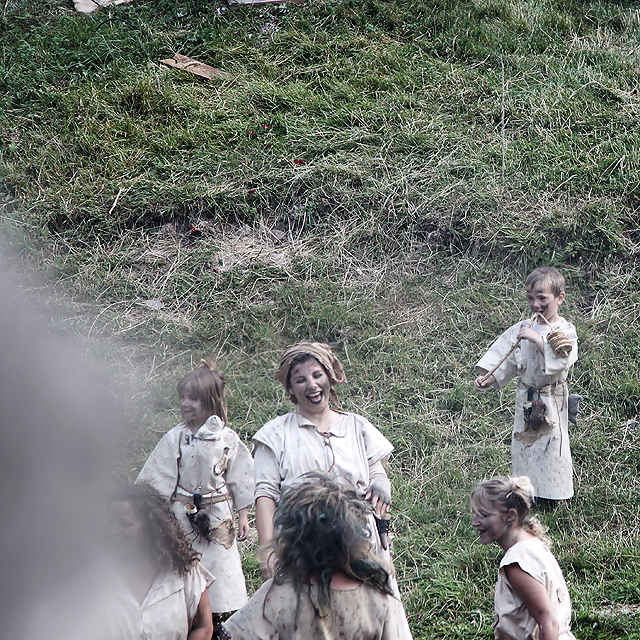 The festivities went on late into the night and what a show this little town put together. They performed a hilarious history of peasant life with feudal lords, armour clad knights, huge Xena-like warrior princesses, led by the leather clad ‘Eczema’, all narrated by a booming voice from the sky. It was hilarious which I only know because the very kind Elodie translated for me.

It really was beyond description and as the sky grew dark and under the bright moon and stars people juggled torches and danced to music from the middle ages. Fireworks were set off while high above the river red smoke billowed around the ancient ramparts. 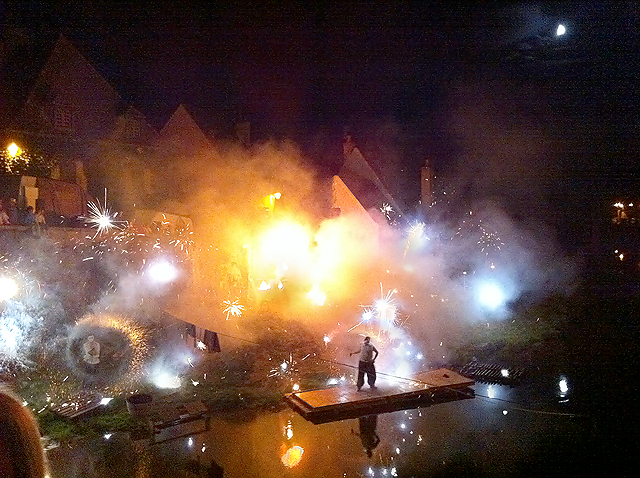 Finally the night closed with the Gueux and all the townspeople singing an ancient Burgundian song that they sing whenever they gather together. It’s has complicated clapping and hand movements that I have to learn tout de suite so next year I won’t feel like an outsider.

In fact I’m going to get started for next year right now. I haven’t had a shower in a while, my hair is like a bird’s nest (as usual) and as soon as Neil comes out of that office I’m going to whack him in the head with a piece of frozen cod. Cultural assimilation is a very high priority for me.